Remarks: When in Dapitan we never miss a chance to HAVE something from Food Corner and Tinapayan Festival. After all those years, I finally had the guts to ask (and strong urge to use the establishment's toilet). You see this toilet is never really intended for public use, it's Food Corner's kitchen (literally dirty kitchen.) "Nakikigamit lang ang mga kustomer" walang dahilan para magreklamo! All clear people.

Despite the ill-fated toilet of theirs, in spite of earthworms crawling around, the absence of seat cover and flush. There's plenty of water to manually flush your thing. Despite all of these elements, Food Corner remains the top favorite of Manila food trippers. Maybe that's the secret ingredient! :) "Walang panalo ang Vikings o Sofitel sa lasa at kalidad. Wag masyadong pasosyal," sometimes the best things in life are hidden in simple (dirty) alleys :)  Try ninyo minsan. 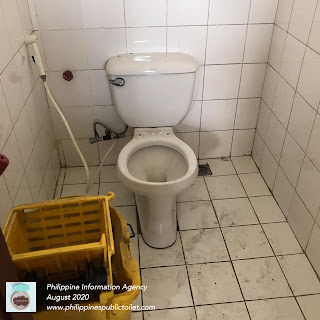